Johnny Hiromu Kitagawa (ジャニー喜多川, Jani Kitagawa), born Hiromu Kitagawa (喜多川 擴, Kitagawa Hiromu, October 23, 1931, in Los Angeles, California), is the founder and president of Johnny & Associates, a production agency for numerous popular boy bands in Japan. Kitagawa' sister, Mary Kitagawa (Fujishima Mary Yasuko), is the Vice-President of Johnny & Associates and President of Johnny's Entertainment and Fujishima July Keiko (Fujishima Mary Yasuko's eldest daughter) is President of J Storm. Kitagawa assembled, produced and managed more than a dozen popular bands, including SMAP, Arashi, Kanjani8, Hey! Say! JUMP, V6, NEWS and KAT-TUN. Kitagawa's influence has spread beyond music to the realms of theatre and television. Regarded as one of the most powerful figures in the entertainment industry, he has held a virtual monopoly on the creation of boy bands in Japan for more than 40 years.

From 1988 to 2000, Kitagawa was the subject of a number of claims that he had taken advantage of his position to rape the boys under contract to his talent agency. Kitagawa denied these claims, and in 2002 was awarded an 8.8 million yen judgment against the newspaper that had published such allegations. An appeal by the newspaper followed, resulting in a partial reversal of the judgment. In the years following the judgment, Kitagawa and his production company have continued to produce entertainment acts that have enjoyed a high degree of commercial success.

Born in the United States, Kitagawa was raised in California through high school. His father Taido was the third director of the Koyasan Buddhist Temple in Little Tokyo. In the early 1950s, he traveled to Japan to work at the United States Embassy. While walking through Tokyo's Yoyogi Park he encountered a group of boys playing baseball. He recruited them to form a singing group, acting as their manager. He named the group "The Johnnies". The Johnnies achieved a measure of success by using a then-novel formula of mixing attractive performers singing popular music with coordinated dance routines. The Johnnies were the first all-male pop group in Japan, and set the pattern that Kitagawa would follow with his subsequent acts. Indeed, the term "Johnnies" would come to apply generically to any of the performers under Kitagawa's employ.

In 1968, Kitagawa achieved wider success with a four-member boy band known as Four Leaves (フォーリーブス, Fō Rībusu). The song and dance group met with success, as reflected by seven consecutive appearances on the annual invitation-only Kōhaku Uta Gassen (紅白歌合戦, Red White Song Battle), beginning in 1970. Fopur Leaves performed together for ten years before disbanding in 1978. Later, in 2002, Kitagawa oversaw the band's reunion. Kitagawa went on to assemble, produce and manage many of the top boy bands in the country, including acts such as SMAP, Tokio, V6, Arashi, Tackey & Tsubasa, Kanjani8, NEWS, KAT-TUN, KinKi Kids, Hey! Say! JUMP and among many others. Kitagawa was able to expand his sphere of influence to include television, as his performers regularly appear on television, with many appearing on their own variety programs. They also regularly act as pitchmen for commercial products, and appear in movies. The success of Kitagawa's performers led to increased profitability, as Johnny & Associates generated 2.9 billion yen in annual profits at the height of the boy band boom. During 1997, performers belonging to the talent agency appeared in more than 40 television programs and another 40 commercials. The success of his company has made Kitagawa one of the richest men in Japan.

Kitagawa repeatedly has employed a standard formula in the development and marketing of his acts. Johnny & Associates holds open tryouts for potential performers. The production agency recruits boys as young as ten into a talent pool known as Johnny's Juniors. Successful applicants live in a company dormitory and attend a company-run school. They train to hone their showmanship in the form of singing, dancing and acting. Kitagawa holds an annual summer festival known as "Johnny's Summary".

"I'm not very interested in records. Once you release a record, you have to sell that record. You have to push one song only. You can't think of anything else. It's not good for the artist."
—Johnny Kitagawa, June 1996

Promising members of Johnny's Juniors appear alongside of established members of Kitagawa's fold. The junior members act as background dancers for the major acts to allow for name recognition prior to being launched as a separate group. The members of the Juniors also appear in on "Hachi-ji da J", a weekly television variety show. Members sing, dance, and perform in comedic sketches as they further develop the skills to graduate to a major act. Kitagawa's focus is on the development of his group as complete entertainers. Shonentai, for example, did not release a single until it had been together for more than seven years. "I'm not very interested in records," Kitagawa said in a 1996 interview. "Once you release a record, you have to sell that record. You have to push one song only. You can't think of anything else. It's not good for the artist."

Once launched, Kitagawa has been known to use his established groups to induce television stations to report on his newer acts, and ensure favorable press coverage for his acts and himself. Programs that give unfavorable coverage do not receive interviews or television appearance from popular stars managed by Kitagawa. Kitagawa maintains a high degree of control over his acts, to the extent that their images do not appear on the company website. Performers are expected to maintain a public image that is conducive to marketing to young women; as a result, members of bands produced by Kitagawa avoid public mention of their private lives. Kitagawa himself avoids the public spotlight as well. He rarely permits his photograph to be taken, and does not make public appearances with his groups.

Rumors concerning Kitagawa and possible sexual harassment of the youth in his employ had surrounded the agency since 1988, when Koji Kita (北公次, Kita Kōji), a former member of Four Leaves, published a series of diaries under the title Hikaru Genji e (光Genjiへ, To Hikaru Genji). Kita claimed that Kitagawa had used his position of influence over the group to make unwanted sexual advances towards the boys under contract to him. Similar allegations were made in a book published in 1996 by Junya Hiramota, a former member of another of Kitagawa's bands. Hiramota alleged that he had seen Kitagawa force a boy to have sex with him in one of the talent agency's dormitories. Later, in 1999, the weekly newspaper Shukan Bunshun (週刊文春) printed a ten-part series that detailed numerous allegations of sexual improprieties. The accusers were a dozen teenage boys who had been recruited into the Johnny & Associates organization, who spoke on condition of anonymity. In addition, the series also accused Kitagawa of permitting minors in his employ to drink alcohol and smoke. The accusations prompted international newspaper coverage.

The controversy resulted in Yoshihide Sakaue, a member of Parliament, holding a hearing on the matter in April, 2000. Sakaue said that as a result of the media coverage, and in response to a request from a constituent, he wanted to examine whether government officials had properly investigated complaints about Kitagawa. Officials of the National Police Agency acknowledged that they had investigated Kitagawa's agency, but had not determined that sexual harassment had occurred. Officials did indicate that Kitagawa's company was warned about permitting minors to use alcohol and smoke cigarettes. The National Police and Welfare Ministry indicated that under the Ministry's understanding of the law, even if the allegations against Kitagawa were true, the acts could not be considered child abuse because Kitagawa was neither parent nor guardian to the boys in his employ. In addition, officials testified that neither the boys nor their parents had pursued a criminal complaint against Kitagawa. Kitagawa denied any wrongdoing, and his attorney characterized the claims as being from disgruntled former employees voicing discontent. Kitagawa sued Shukan Bunshun for libel.Other than Shukan Bunshun, none of the major Japanese media covered the story of the allegations against Kitagawa, the hearing in Parliament, or the Kitagawa lawsuit. The New York Times attributed this lack of coverage to Kitagawa's influence over the popular media. Once Shukan Bunshun began publication of the series, Johnny & Associates denied the newspaper, and the other media owned by its parent organization, access to any of its performers.

After protracted litigation, in 2002 the Tokyo District Court awarded Kitagawa an 8.8 million yen judgment against Shukan Bunshun, finding that the articles defamed him. Shukan Bunshun appealed the ruling. In a partial reversal of the district court, the Tokyo High Court in 2003 ruled that the Shukan Bunshun series did in fact defame Kitagawa; however, it ruled that the defamatory content of the articles was limited to the allegations that Kitagawa had provided minors with alcohol and tobacco products. The court found that the Shukan Bunshun had sufficient reason to accept as trustworthy, and publish, the sexual allegations by Kitagawa's former clients. Kitagawa appealed this decision to the Supreme Court, but in 2004 it rejected his appeal.

In 2006, the boy band KAT-TUN was promoted to major band status and has all their thirteen singles, DVD releases and five studio albums to date reach number one. In 2007, Hey! Say! 7, another group within the Kitagawa stable, debuted as a temporary act. Shortly after its debut, the band became the youngest boy band to chart a number one single, with an average age under 15. Kitagawa, as of September, 2007, continued to be involved in the regular operation of Johnny & Associates. 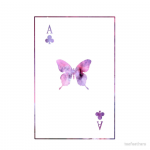