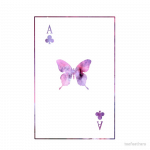 Welcome my name is Analia (あねりゃ) i love Johnny's groups alot ive known Johnny's since May 2010 when i was 14 years old. Its been 2 years since ive known them right know im 18 years old. I'm admin in Hello! Project Wiki, and founder of AKB48 Wiki and Johnny & Associates Wiki. If people talk shit about me i will defend my self no matter wat you say so get use it

I discovered Hello! Project through Shugo Chara the show and manga in 2007 when Buono! was first created i was about 12 years old when i discovered them. i liked the book soo much that i decided to see if their was a show about it and i did. When i was watching the show i started to like the opening theme and ending theme from Buono! 1st single Honto no Jibun and Kokoro no Tamago.

Around to 2009 i knew all Morning Musume, Berryz Koubou, and C-ute members and some of their singles. Around the middle of 2009 i knew all of the groups in Hello! Project. Around the end of 2009 i went to Natsuyaki Miyabi's trivia and i found out that she had a cousin in AKB48 and started listening to their songs and fell in love with some of them but mostly i fell in love with River.

Around the beginning of January, i started to like AKB48 more and decided to hear their singles or if they were in any dramas. Thats when i saw Majisuka Gakuen i mostly like Matsui Rena's character Gekikara. So i decided to see which group she was in i found out she was in SKE48. I listened to SKE's 2nd Single i kept listening to it so thats i how i found AKB48 and SKE48.

By the beginning of May i knew all the Hey! Say! JUMP members and i also knew all the senbatsu members from AKB48.

Retrieved from "https://johnnyassociates.fandom.com/wiki/User:SweetS30?oldid=5856"
Community content is available under CC-BY-SA unless otherwise noted.